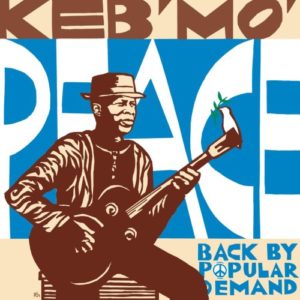 The signature Bob Dylan sound in the early 1960’s was extremely minimal. It was just his Travis style picking on the acoustic guitar and his voice. Keb’ Mo’s recording of this song is also minimal but a little different. This one is piano and voice. In my opinion, this is the most beautiful and heartfelt recording I have heard of this song.

Keb’s piano accompaniment uses a lot of open chord voicings and quotes the melody in the intro and in interludes. His vocal interpretation is earnest and sounds like it comes from a place of personal experience with the lyric. His phrasing is speech like while maintaining the melody.

I feel that this is a masterful imagining of a historic Dylan classic.