San Francisco (Be Sure to Wear Flowers in Your… 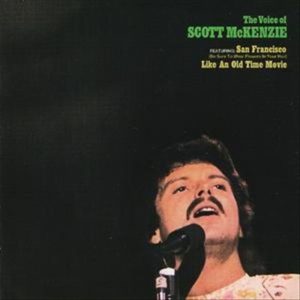 I have never had the pleasure of traveling out west but I have been enthralled by a romantic picture of San Francisco in the 1960s that I’ve imagined since middle school when I first learned about the counterculture movement that exploded in that decade. I always wished I had been a 20-something during that time, maybe living in the Haight-Ashbury district… I’m sure that in reality (both real reality and my fantasy reality) that I’d be too much of a square to really fit in there, but a girl can dream.

This is a song that transports me into my free-living fantasy of an eternal summer. I think a lot of music from the 60s does that for me anyway, but there is something special about this song. It creates an idealistic picture of San Francisco and also makes note of the uprising of young people at this time who had big ideas about how the world should be run and how people should treat each other.

The bridge is stirring and it is obvious how this song became a sort of anthem for groups of people like the ones involved in counter culture in the United States and the Praugue Spring uprising:

All across the nation
Such a strange vibration
People in motion

Some of the issues of the 60’s are still ones we are struggling with today, some wear a different mask, but I think that there is a similar yearning today for change among young people and the general population of this country as a whole.

Scott McKenzie’s retro anthem stirs in me a longing for revolution which brings me closer to the fantasy of the 1960’s that I have imagined for so long.

Check out the “Summer” playlist I put together on Spotify: