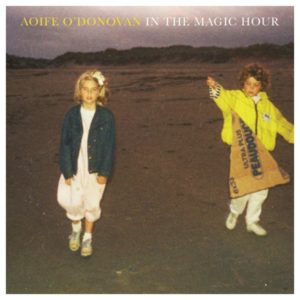 This song is haunting to me. It begins with just Aoife and finger-picking style guitar. Fiddle, steel guitar swells, and light percussion help to fill out the song soon after. The song is very interesting rhythmically. It moves seamlessly between bars of 4 and 2 creating sometimes jagged phrasing. Not jagged in a bad way… it almost reminds me of the way that Stanley Kubrick used abrupt transitions in The Shining to create uneasiness and build tension for the viewer.

It is a song that will forever define my “magic hour” during my senior year of college – that moment somewhere between endless hope and standing too near the edge of madness.