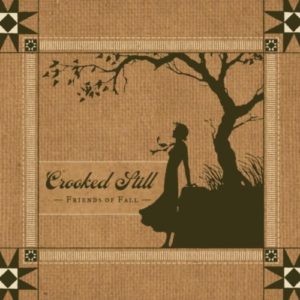 It was some day in the middle of the week in the middle of February in the middle of the last semester of my college career. I was in my room between classes listening to music, trying to unwind and push every looming deadline to the back of my head. This song came up on one of my playlists. The words “It’ll end too soon, if it ends at all…” floated from my computer speakers to my ear and immediately brought me to tears. When I say tears, I mean TEARS. Like sobbing. Something about this song popped the cork on my emotions and made me zoom out on my perspective of life.

The song begins simply with some fiddle chopping, cello swells and sparse banjo accompaniment. It flows into the unique sound of a modern string band that lies somewhere between orchestral and bluegrass. The star of the song is Gregory Liszt’s heart-wrenchingly poetic lyrics and Aoife O’Donovan’s impeccable delivery. The thesis statement of the song seems to come in the second verse with the lyric:

I’ve been to the future and back and all is fine
Endless days of flawless time
You pick up a thing or two along the way
I was gone back then, still I’m gone today

When I heard the song in one of my darker moments of last semester, I felt like it was speaking directly to the issues I was facing. Instead of pushing through and breaking down my lengthy to-do list little by little, I was holding onto so much stress, anger, and self-doubt which was causing me to self-destruct and fold in on myself. I wanted so badly to reach the end of college that I wasn’t making the best use of the time that was there right in front of me. It’s strange, the feeling that you’re living in a vacuum. That’s what college felt like most of the time. It was nearly impossible to feel grounded in time. The idea of feeling gone or lost in time in this song resonated with me.

Yesterday, I graduated and officially made it to the finish line that seemed so far away three months ago. It feels so cliche to use this song to describe the passing of time, but it is absolutely so true. Four years has been a dream and a long distance race simultaneously. I’m more excited about the future than ever and I’m going to do my best to continue to dream and take advantage of every moment that I have.