Heart In a Cage – Chris Thile

Heart In a Cage – Chris Thile 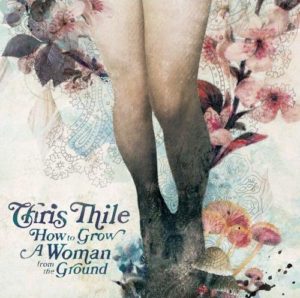 Song: Heart In a Cage
Album: How to Grow a Woman From the Ground
Performer: Chris Thile
Writer: Julian Casablancas
Year: 2006

I have found that, while the musicality and arrangement of a song are very important to me, I tend to find the most personal connection through lyrics. This song is no exception. “Heart in a Cage” was the first song I heard off of this album. I heard it in 2013 in the spring of my freshman year of college. That time in my life was extremely formative for me (as I’m sure it is for just about everyone). I felt like I was making it mostly on my own in a new city and I was really “finding myself” for the first time. This song definitely fed into my need to feel that I was, indeed, an independent free-thinker. I remember the first verse really made me feel strong:

So don’t teach me a lesson ‘cause I’ve already learned
Yeah, the sun will be shining and my children will burn

The whole song just feels like a massive f-you to any sort of establishment. It promotes a worldview that is really quite immature and short-sighted, but don’t we all want to feel rebellious sometimes? It wasn’t a surprise for me to learn that the song was written and originally performed by Julian Casablancas of the post-punk revival band The Strokes. I prefer Thile’s interpretation. It keeps the angst of the song alive, pairing it with the impeccable instrumental arrangements that he has become known for with his band Punch Brothers.

How to Grow a Woman From the Ground was credited as a solo project by Thile, but he has noted that it might as well be one of the first Punch Brother’s projects as it featured all of the original players from the group including Gabe Witcher (fiddle), Noam Pikelney (banjo), Chris Eldridge (guitar) and past bassist Greg Garrison. The chemistry between all of the musicians is very evident in the album.