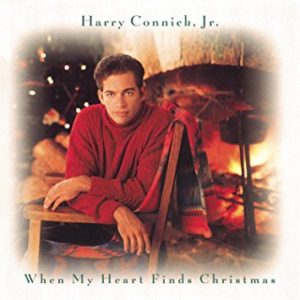 I’m going to end out this Christmas playlist with a song that is a Christmas favorite of mine, right under “The Christmas Waltz.” Harry Connick Jr.’s “It Must’ve Been Ol’) Santa Claus appeals to the child inside everyone. We get a joyful second line feel and the perspective of a child waking up in the middle of the night who justifies every sound he hears as being Santa Claus. It’s adorably innocent and is a great big band Christmas song. 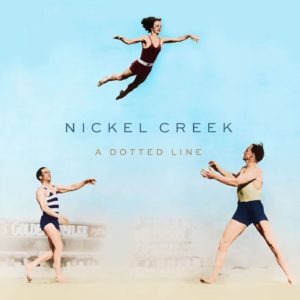 This song isn’t exactly Christmas-y but it is set during Christmas time and I think it’s a really good song. The song is really about a relationship that’s about to end. The story begins on Christmas Eve when our narrator receives a call, “I really need to talk to you today…” you can guess where that went. We meet him again on New Year’s Eve. He’s not over it and he still has hope. The anthem of the song is a desperate plea “darlin’ wait, it’s not over yet.” The climax of the song focuses on the end of that phrase. It’s definitely an interesting song to add to a Christmas playlist as it has the setting of the winter season without really being about it.

This collection of Latvian Christmas music and pagan folk songs performed by the New York Latvian Concert Choir was my favorite new (to me) Christmas album of 2015. This was my favorite song on the album. The arrangement of the choir includes dissonance and suspense and creates a feeling of expectancy. The most accurate description I have of the song is to say that it shimmers. One of my favorite things this past winter was to play this song late at night and have it lull me into a dreamy sleep. 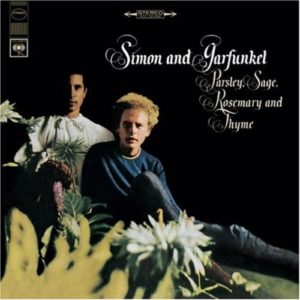 This song is almost stale now but I still appreciate it as being a biting socially commentary of the time. Basically, we start out hearing Silent Night and the music is gradually drowned out by 7 O’clock radio news coverage about various incidents including the overdose death of Lenny Bruce and a speech by president Nixon to increase military force in Vietnam. It is a blunt juxtaposition of the peaceful song about Jesus’ birth and the unrest of a nation. I think I kept it in my playlist because that juxtaposition felt very real and alive this past Christmas season. 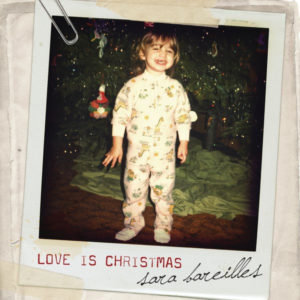 This is another great modern, original Christmas song by one of the best modern songwriters we have right now, Sara Bareilles. “Love is Christmas” is a heart-warming ballad which, as you’d guess by the title, proclaims that nothing matters about Christmas but love – that even Christmas isn’t anything without love.

“Love is who we are, and no season can contain it
Love would never fall for that”

The song is definitely specific to Christmas, but the sentiment is one which applies throughout the year.

Three Kings came riding from far away,
Melchoir and Gaspar and Baltasar;
Three Wise Men out of the East were they,
And they travelled by night and they slept by day,
For their guide was a beautiful, wonderful star.

The star was so beautiful, large, and clear,
That all the other stars of the sky
Became a white mist in the atmosphere,
And by this they knew that the coming was near
Of the Prince foretold in the prophecy.

Three caskets they bore on their saddlebows,
Three caskets of gold with golden keys;
Their robes were of crimson silk with rows
Of bells and pomegranates and furbelows,
Their turbans like blossoming almond trees.

And so the Three Kings rode into the West,
Through the dusk of night, over hill and dell
And sometimes they nodded with beard on breast,
And sometimes talked, as they paused to rest,
With the people they met at some wayside well.

“Of the child that is born,” said Baltasar,
“Good people, I pray you, tell us the news;
For we in the East have seen his star,
And have ridden fast, and have ridden far,
To find and worship the King of the Jews.”

And the people answered, “You ask in vain;
We know of no king but Herod the Great!”
They thought the Wise Men were men insane,
As they spurred their horses across the plain,
Like riders in haste, and who cannot wait.

And when they came to Jerusalem,
Herod the Great, who had heard this thing,
Sent for the Wise Men and questioned them;
And said, “Go down unto Bethlehem,
And bring me tidings of this new king.”

So they rode away; and the star stood still,
The only one in the gray of morn;
Yes, it stopped, it stood still of its own free will,
Right over Bethlehem on the hill,
The city of David where Christ was born.

And the Three Kings rode through the gate and the guard,
Through the silent street, till their horses turned
And neighed as they entered and great inn-yard;
But the windows were closed, and the doors were barred,
And only a light in the stable burned.

And cradled there in the scented hay,
In the air made sweet by the breath of kine,
The little child in the manger lay,
The child, that would be king one day
Of a kingdom not human but divine.

His mother Mary of Nazareth
Sat watching beside his place of rest,
Watching the even flow of his breath,
For the joy of life and the terror of death
Were mingled together in her breast.

They laid their offerings at his feet;
The gold was their tribute to a King,
The frankincense, with its odor sweet,
Was for the Priest, the Paraclete,
The myrrh for the body’s burying.

And the mother wondered and bowed her head,
And sat as still as a statue of stone;
Her heart was troubled yet comforted,
Remembering what the Angel had said
Of an endless reign and of David’s throne.

Then the Kings rode out of the city gate,
With a clatter of hoofs in proud array;
But they went not back to Herod the Great,
For they knew his malice and feared his hate,
And returned to their homes by another way. 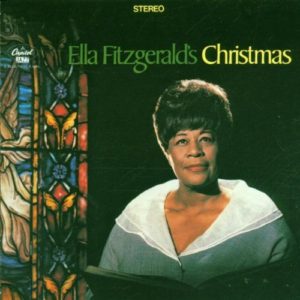 This is from an album of Ella Fitzgerald singing all Christmas hymns. I’m used to hearing her singing swing tunes, so it’s really interesting to hear her sing hymns. This hymn is one I hadn’t heard much of. It’s got a really beautiful melody and Ella Fitzgerald brings a lot of life to it without having to use any embellishments.

December 18th – Away in a Manger 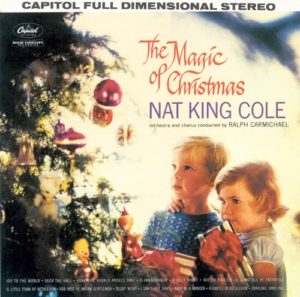 This is the most beautiful renditions of “Away in a Manger” I have ever heard. Nat King Cole’s voice has such a unique signature and when coupled with lush choral arranging, this recording leaves me nostalgic for a time I’ve never lived in. The whole song is a cappella with the choir and Nat King Cole. It is quiet but stirring – a beautiful lullaby which leaves your heart excited and calmed at the same time. 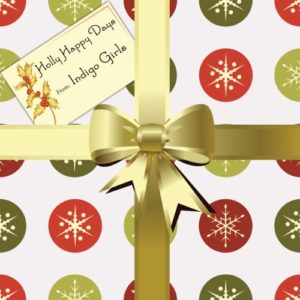 This is another song which helped to transport me to the sacred magic and origin of Christmas. It’s an original and modern song which is almost hymn-like. The verses seem to come from a narrator who has lost hope. In the chorus, hope is found in the fact that it only takes something or someone small to help maintain a sense of joy – even in hardship. 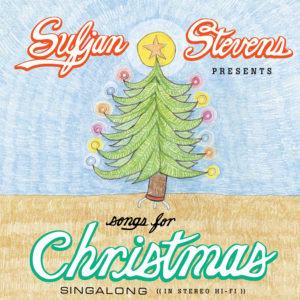 There are plenty of really fun Christmas songs whose main purpose are to celebrate the electric excitement and joy of the holiday season in general but there are also a lot of sacred Christmas songs. Those were a big part of my celebration of Christmas growing up, especially in the advent season. Sufjan Stevens’ piano rendition of “Lo! How a Rose E’er Blooming” is entrancing. There is a steady 8th note pulse throughout the song, mostly as a pedal. I came back to it often this past Christmas season and found it could transport me into a meditative state. It is simple, but majestic in it’s simpleness – to me, this is the magic of the story of Jesus’ birth. “Lo, how a rose e’er blooming/From tender stem hath sprung” The magic of something so magnificent coming from something so everyday is captured beautifully in this recording.