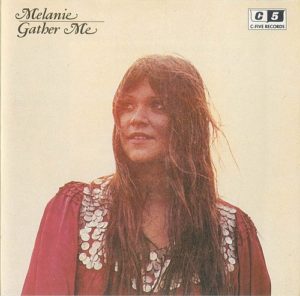 This song screams SUMMER to me. Your first exposure to this song may have been a commercial for an HP picture printer sometime around 2010. This was the case for me. I remember hearing the chorus of the song in the commercial and loving it. Back then I just assumed someone had written it for the commercial so I didn’t try very hard to find it. I came across the song a couple months ago when I saw, of all things, a duet on YouTube between Miley Cyrus and Melanie singing Melanie’s “Look What They’ve Done to My Song, Ma”. When I searched other songs by Melanie, “Brand New Key” popped up! I was so glad to hear it again.

When it was released in 1971, the song became a hit. It was often referred to as “the rollerskate song.” On the surface, it is a sweet summer song that recalls memories of childhood; however, there is a good chance it contains some thinly veiled sexual innuendo. Melanie did address the possible innuendo, noting:

“Brand New Key” I wrote in about fifteen minutes one night. I thought it was cute; a kind of old thirties tune. I guess a key and a lock have always been Freudian symbols, and pretty obvious ones at that. There was no deep serious expression behind the song, but people read things into it. They made up incredible stories as to what the lyrics said and what the song meant. In some places, it was even banned from the radio.

My idea about songs is that once you write them, you have very little say in their life afterward. It’s a lot like having a baby. You conceive a song, deliver it, and then give it as good a start as you can. After that, it’s on its own. People will take it any way they want to take it.”

The ambiguous nature of the song and it’s innocence (or lack thereof) adds to its appeal because you can find whatever meaning in it that makes you happy. In any case, this song has the right balance between kitsch and cleverness to be a favorite of mine to add to summer playlists.